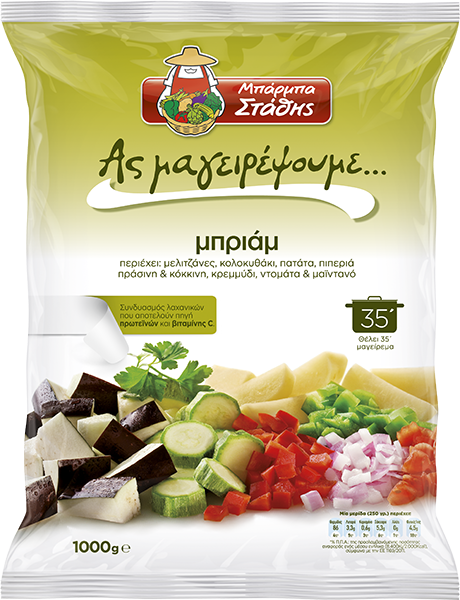 Our Barba Stathis “Let’s Cook” Mixed Vegetables Casserole contains all the vegetables you need – prewashed, precut, and in just the right portions – to easily prepare a traditional, Greek favorite.

They are source of protein which contributes to the maintenance of normal bones, and vitamin C which increases the absorption of iron in the body and contributes to maintain the normal function of our immune system.

Straight out of the freezer and into a pot or pan, you can cook our “Let’s Cook” Mixed Vegetables Casserole just like any dish with fresh vegetables.

Do not de-freeze prior to cooking! 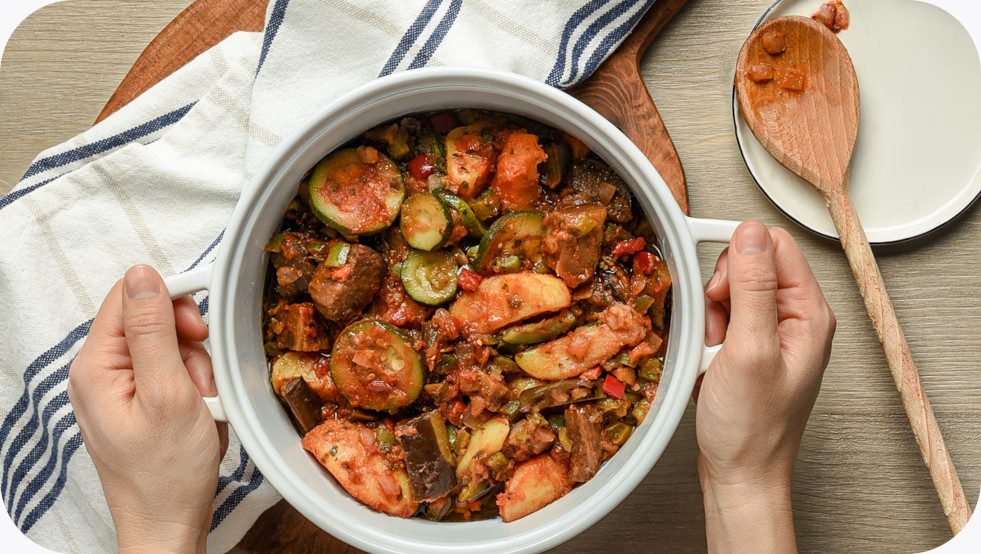 Caution: Once defrosted, do not refreeze

Cook as any vegetable, whithout thawing.

In a pot: Sauté the contents of the packet with half of the olive oil over low heat for 5-7 minutes. Turn the heat up, add the salt, pepper, tomato, the rest of the olive oil and the water and stir gently. As soon as it comes to a boil, put the lid on the pot, turn the heat down by half and let it simmer for approximately 35-40 minutes.

In a pressure cooker: Follow the recipe as described above, but use half the quantity of water (1 cup). Put the lid on the pressure cooker and once the valve rises, turn the heat down by half and let it simmer for approximately 10 minutes.

In the oven: Follow the recipe for cooking in a pot, but boil for 15 minutes instead of 35-40. Then empty the contents of the pot into an oven dish and roast in a preheated oven at 180°C/fan for approximately 40 minutes. 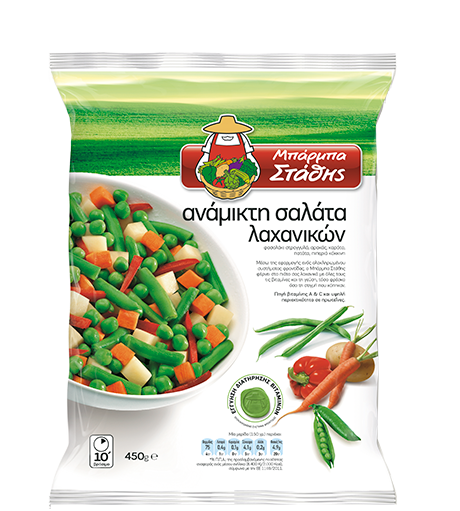 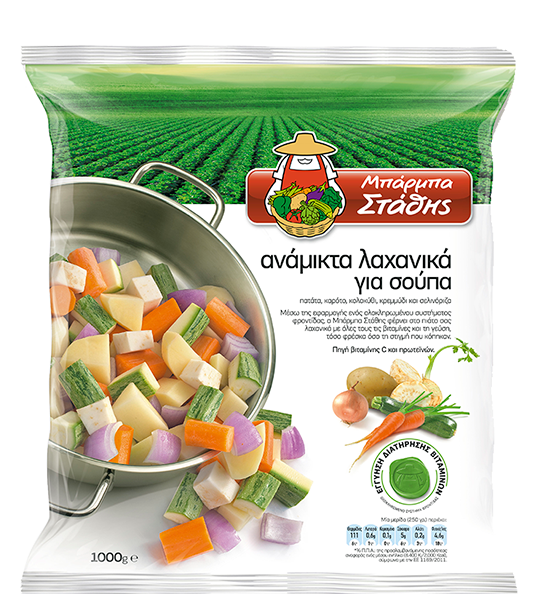 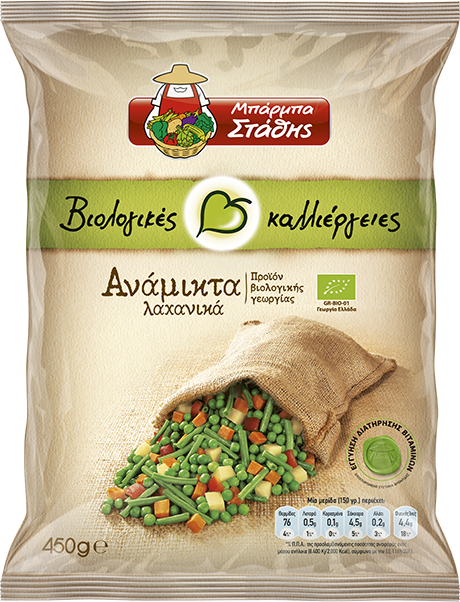 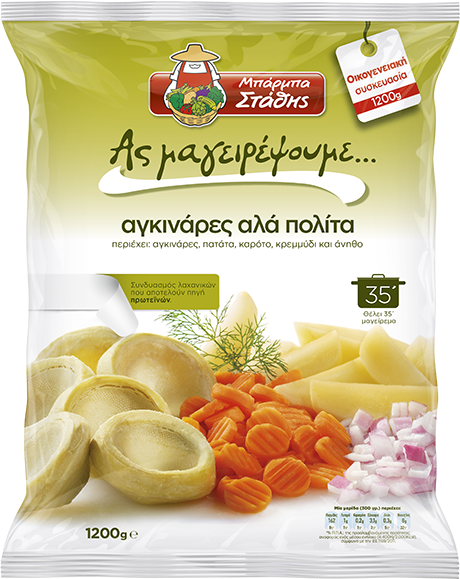 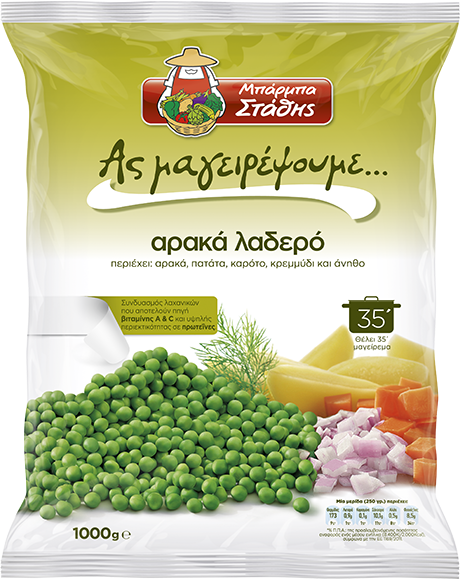 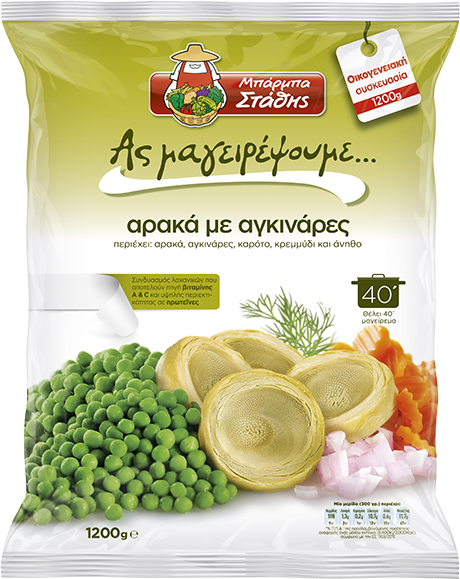 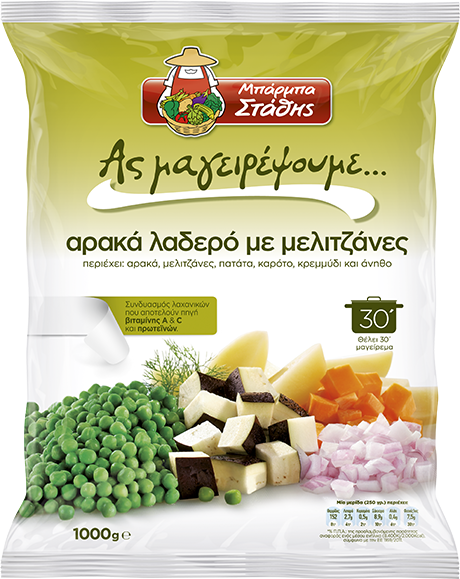 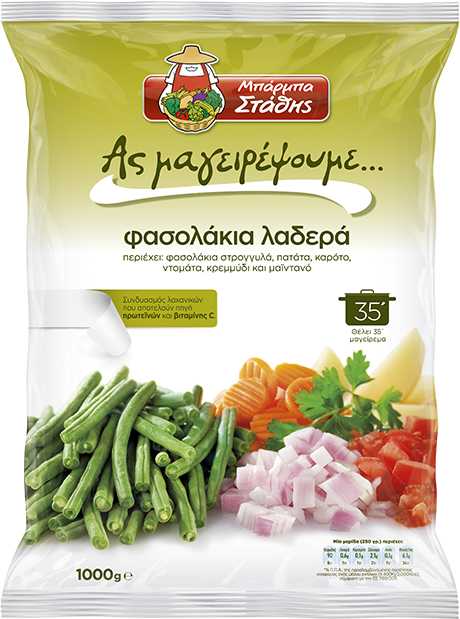 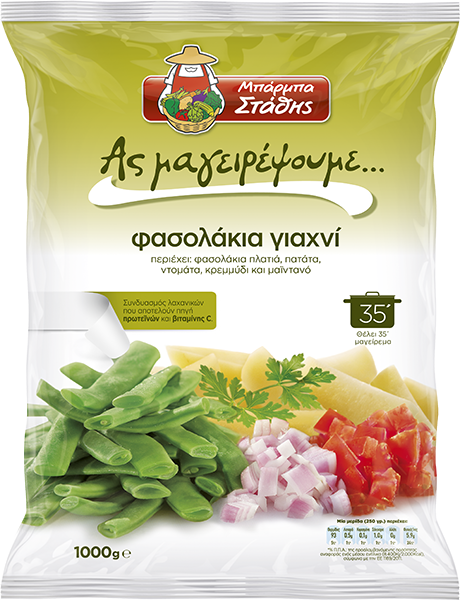 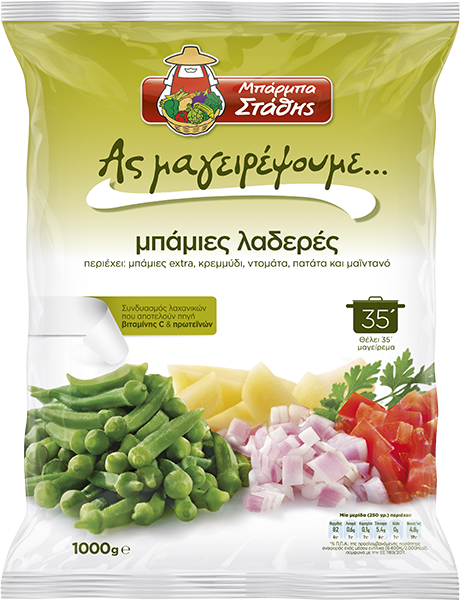 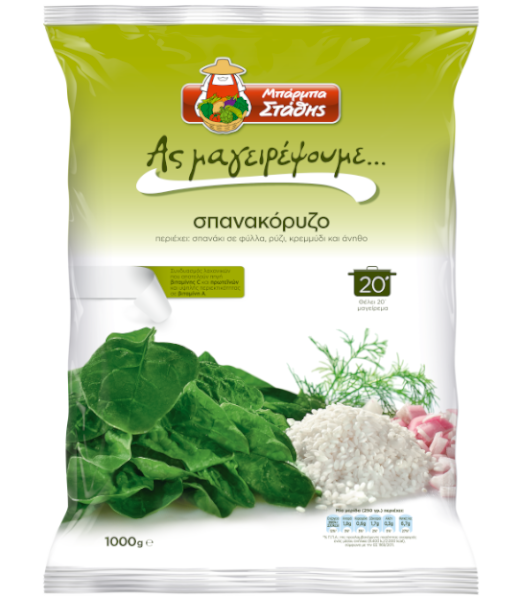 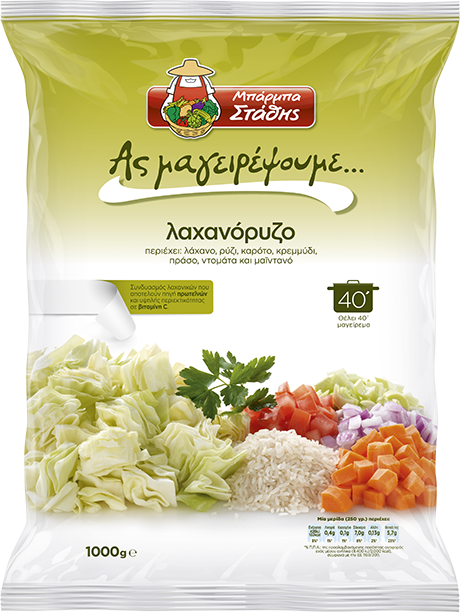 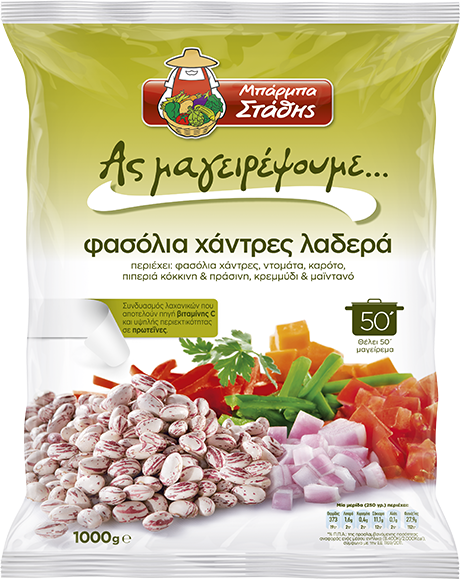 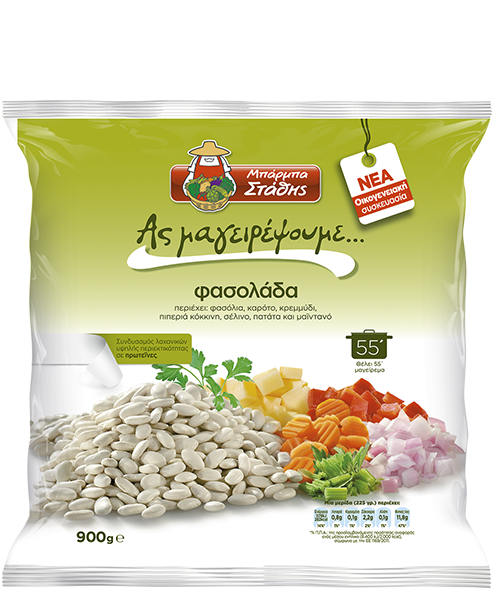 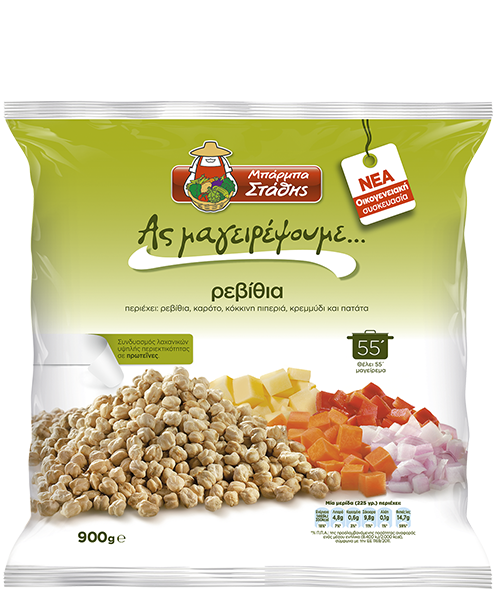